skip to main | skip to sidebar

Bible Study: each Thursday at 6 p.m.

Community Forum: last Thursday of each month at 6 p.m. with meal (no community forum in November, 2011)

Posts on this blog are from me, Rev. George H. Waters, one of the two organizing co-pastors of 4th United Presbyterian Church. Our other organizing pastor was Rev. Sonya McAuley-Allen, who is now pastor of a church in Charlotte, N.C. Since June of 2011, Rev. Elizabeth Peterson has been our parish associate pastor for new church development. The earliest posts are sermon notes from the few I have typed the last two years. Then, there is a series of notes posted on the book of Romans. After that, it varies from week to week, sometimes church news, sometimes reflections on a happening, a passage of scripture, or even some pictures. This blog is meant to open the conversation we have going on in our church to others in our community.

The picture below is of our church's sanctuary, built in 1913. 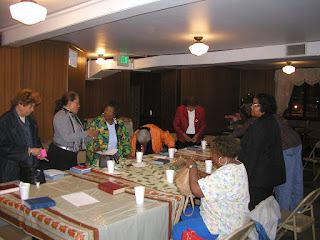 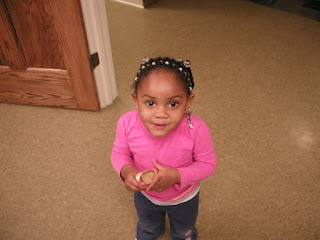 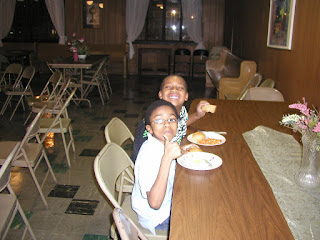 These are pictures from our November Community Forum.
Posted by Rev. G.H. Waters at 12:33 AM No comments: 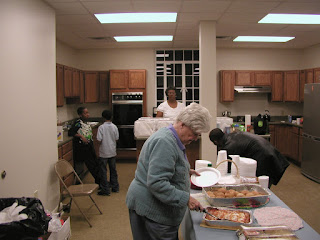 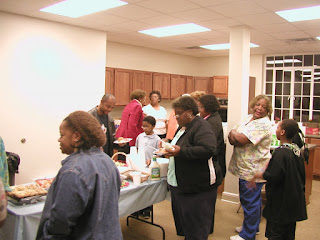 These are pictures from our Community Forum which meets normally on the last Thursday of each month at 6 p.m. The schedule is different for December, as we will meet on December 16 at 6 p.m. for a Christmas celebration. Topics so far have been: police-citizen relations and the constitutional right to be free from unreasonable search and seizure, immigration laws and the Bible, and health issues. And, O yes, we do eat at these meetings as you can see.
Posted by Rev. G.H. Waters at 12:15 AM No comments:

Marking the Passing of Time

Thanksgiving is this coming Thursday, I am 50 years old today, and Advent will begin next Sunday. These things that help us mark the passing of time: holidays, birthdays, holy seasons. And, as we move into the Advent season, Thanksgiving stands as a welcome.

September and October flew by before I even noticed, and now we are at the end of November. And, quite a few years have passed by so quickly as I am now 50 years old. I remember as a child thinking that when it was the year 2000 I would be 40 years old, which seemed very old. Well, 2000 came and went, and here we are 10 years down the road. "Time like an ever rolling stream bears all its sons away," as the hymn goes.

A very important thing about special days, like holidays and birthdays, is that it marks the passing of time, and somehow seems to slow time down just a little. These special days help us to slow down and realize where we are, who we are and what is going on in our lives and in the lives of those we love. It is a good thing to slow down and mark the passing of time before our time passes us by.

A day can seem so long when you are anxiously waiting or full of sorrow, and then thirty or forty years can seem to pass before you know it. But, we carry what has passed within our hearts and minds as memory. And, so what has passed still makes up who we are and remains part of our living. I guess our memories in a sense are always marking the passing of time, honoring what has happened within our lives, and giving us a sense of meaning through it all. It is an amazing thing that human beings generally are able to sort things out as well as they do and have some sense of purpose and hope in life. We can thank our Creator for that. Happy Thanksgiving.
Posted by Rev. G.H. Waters at 4:45 AM No comments:

"I decided to know nothing among you, but Jesus Christ and him crucified." 1 Cor. 2:5

Paul knew many different things as we know many different things, so what did he mean when he said, "I decided to know nothing among you?" Does he say these words to describe a particular stance or position about knowledge that he took in relation to the Corinthians and their conflicts? Or, is Paul describing a normative way of knowing, a way of knowing that applies to all who share the faith of Christ? I believe Paul is doing both: describing the particular position he has been pushed into by the Corinthian challenge, but also affirming that he has discovered in this time of necessity the way of knowing for all those who want to share the faith of Christ. I believe Paul has discovered a way of true understanding amidst the competing interests and allegiances of life.

"I decided to know nothing among you, but Jesus Christ and him crucified." Paul says: "I decided to know." Paul could have demonstrated his knowledge of the Hebrew scriptures and the law, displayed his visionary experiences of faith. He could have told about the miracle working powers God had given him. But, Paul was afraid to trust in these ways and humbled himself to being a witness to the true way of life - the way of Jesus, the one who was crucified.

Paul could have debated philosophies, shown evidences of his superior intellect, but he was wary of all this. And, so he made a clear decision in his soul - to give way to speaking of Jesus' way, the way of complete love and obedience to the living God. Love of God and people; obedience to God's ways and will above all - the cross. Jesus Christ and him crucified.

Paul meant for his life, his deeds, his words be transparent to the crucified Jesus. That people might forget Paul and remember Jesus Christ and him crucified.

But, why does Paul focus his eyes and heart on the crucified Jesus? Why not speak of the Risen Lord here?

I think it is because you can get carried away with talk about Jesus' resurrection and victory and forget the way of Jesus and that way is a way of ultimate and costly love and obedience. Jesus asked/begged of God, that the cup of suffering and humiliation pass, but then knew it could not. So, he said: "Not my will, but thy will be done."

And, until we have have come before God and experienced something like this, some deep experience about how much love and obedience cost, until we have felt this urge to flee and then felt even deeper the resolve to obey out of love - until we have really said in the depths of our being: "Not my will, but thy will be done," in a particular crisis of life . . . until then, we might be believing, but when we pass through this test in faith, we begin to know - we become a disciple, one who is walking on the way of faith, the way of the crucified Lord.

Paul had experienced this way, been humbled and amazed by this way. And, it was his touchstone with reality and truth. He was going to stay close to this way. He would stay humble in knowing of Christ's faith.

In a religious culture that speaks the name of Jesus loudly and celebrates Jesus' victory, it is a radical way of believing to "know only Jesus Christ and him crucifed." In a triumphalist religious culture that knows about all parts of life and can tell you what to do about everything, it is a radical way of knowing to say: "I decided to know none of this, except Jesus Christ and him crucified."

In a religious culture that encourages you to become something, it is a radical stance to vow to become nothing so that Jesus might be known in his suffering.

In a wider church that celebrates the Risen and Exalted Jesus, it is a radical thing to proclaim the executed Jesus as the revelation of God's glory and power.

It is a way that denounces the strong, and encourages the weak - a way that puts to shame the wisdom of human beings and celebrates the shocking way of God that makes no sense in the world.

It is a way that finds Jesus present with the imprisoned and abandoned, but absent from the powerful and esteemed.

And, this is the way of Jesus, the glory and revelation of God on earth. The way Paul has experienced and the way he holds to in life. It is like Paul knows that any stepping away from this narrow way could lead to delusion and disaster.

The Quakers have a saying: "Stay low in the Seed." They mean what Paul means here. When you have a true experience of God - when the Christ has moved within your soul, stay close to that and don't move beyond it by either forgetting or saying more about it than you should. There is a reverent humility in faith that keeps us close to the crucified Jesus.

This is the way of truth and life and salvation in this world and the next. This is the way of unity for the entire human race. There is no other way that is strong enough to draw together all the disparate parts of humanity. And, it is a way that goes through the crucified Jesus.

"Do not give your heart to that which does not satisfy your heart."